Tbilisi - Telavi - Kvareli - Bodbe - Tbilisi
Type: Traditional tour
Transport: Comfortable mini - bus; Car.
Duration: 3 days.
Day 1: Arrival in Kakheti
Tsinandali – famous viticulture village of Kakheti, the famous wine center, where is located the patrimonial estate of the same name of Prince Chavchavadze. Here you can taste the present Georgian wine.
Alaverdi - Monastery and Cathedral, officially the Cathedral of St. George in Kakheti. Alaverdi Monastery - the creation of Assyrian Fathers, namely Joseph of Alaverdi, who came here in a mid-VI century, built the temple and died in 570. He was buried in this church, the grave exists nowadays.
Telavi - the city is quite ancient, although the capital of the region became late in the XVII century. Telavi is located in the small province of Georgia – Kakheti, the region of vine and outstanding architectural monuments of the Middle Ages, here is the picturesque valley of the river Alazani famous for its wine. The ancient writers mention about "sweet as honey drinks Colchis." Love of the vine is inherent for Georgians for centuries and blessing by heaven. Dinner at the restaurant - taste the Georgian cuisine, many of Georgian dishes such as chicken tobacco Kharcho, Khachapuri, widely known in the world and actually become international. Georgian cuisine can be compared with the Georgian song: it is the same soulful, "many voices", it is incredibly delicious.
Overnight at the hotel in Telavi.

Wine tasting in a wine cellar in Kvareli - Take part in baking the Georgian national bread "Shoty", learn the technology of making "Churchkhela" Georgian national candy and the most important enjoy cool Georgian wine. Gremi - castle of the XVI century. In last years of the city here lived Great Martyress Ketevan. Persians killed her in 1624. Since then, it seems to be considered the patronessGremi. Every day at the archangel church are held thanksgiving service. Nekresi - originally at this place was the ancient city Nekresi. In VI century near to the town appeared monastery, which was founded by one of the Assyrian Fathers, Abibos Nekresi.
Museum of Georgian King Irakli II - (1720 -1798 years) and the royal family of Bagrationi. Along with the commemorative coins there is archaeological material early and late Middle Ages, XVII-XIX centuries.
Wine is a part of the Georgian heritage and identity, which includes architecture, poetry, chant and religion. Wine is a symbol of rebirth, wealth and prosperity.
Overnight at the hotel in Kvareli. 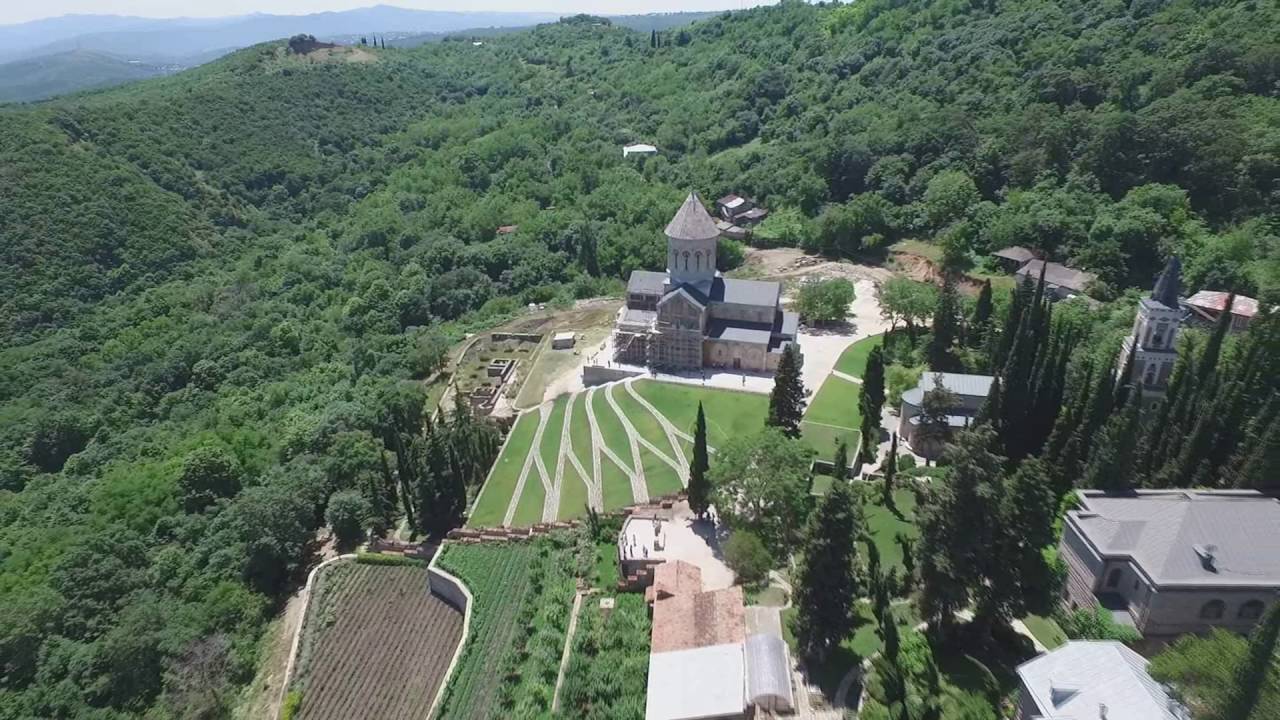 Bodbe Monastery is a national shrine of Georgia. Here in the Cathedral of St. George is buried Equal to the Apostles Nino of Cappadocia - great Enlightener of Georgia - harbinger the Christian era.
Bodbe small village built in the style of the South Italian classicism with Georgian elements. Famous for its eponymous castle, included in the list of most famous and largest forts in Georgia.
Georgian wine.